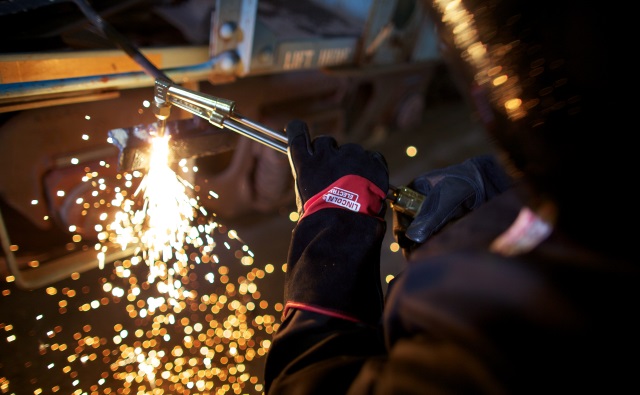 "Which gas do you turn off first?" We get this question a lot out in the field, and it's a good one. This blog entry outlines our recommendations for proper shut down of an oxy-fuel torch.

OXY-ACETYLENE
We recommend closing the oxygen valve first whenever turning off an oxy-fuel torch system especially when Acetylene is fuel. This is only part, but a very important part, of the complete safe operating procedure recommended for torches by Harris.

When shut down properly, this procedure can help detect even a minute leak in either the fuel or oxygen valve. It will also help keep the system free of carbon deposits that can overtime accumulate and eventually cause the torch to become inoperable and/or unsafe.

This procedure should always be used on oxy-acetylene equipment to keep it in a safe operating condition.

As a general rule the same procedure is also recommended when using oxy-alternate fuels at the initial light-up after the equipment has been shut down for a period of time or disconnected and reconnected to the gas supply system and when empty cylinders are exchanged for full cylinders.

OXY-ALTERNATE FUELS
There can be an exception to “oxygen off first” however, when using alternate fuels and after the initial lighting.

Alternate fuels are generally safer to use, generate much less free carbon when burned, but have a much different flame characteristic when burned alone in air.